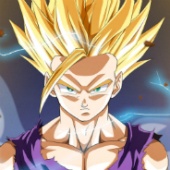 EP18-JP036 F.A.デッド・ヒート Formula Athlete Dead Heat (TCG: F.A. Formula Dead Heat)
Continuous Trap Card
You can only use the (1) effect of “F.A. Dead Heat” once per turn.
(1) When an opponent’s monster declares a direct attack: You can Special Summon 1 “F.A.” monster from your Deck.
(2) Once per battle, if your “F.A.” monster battles an opponent’s monster, before damage calculation: You can have both players roll a six-sided die. If your result is higher, increase the Level of your battling monster by 4, until the end of this turn (even if this card leaves the field). If your result is lower, destroy your battling monster. If it’s a tie, both players roll again.